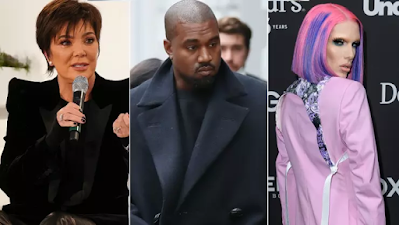 It has been made clear that there’s nothing going on between Kanye West and Jeffree Star. However, TikTok star Ava Louise, who started the rumor in the first place, might land herself in some hot water.

After Star came forward to admit there's no truth to the rumor, Louise admitted that she lied about the whole thing and even received a cease and desist letter from Kris Jenner's company threatening legal action if she didn’t stop talking about West and her daughter, Kim Kardashian. Apparently, that, too, is a lie and TMZ has received a statement from Jenner’s rep about Louise's growing claims.

"We have zero clue who this person is and have not yet taken legal action," Jenner's rep told TMZ. "However, if she continues to spread lie after lie and a fake letter in a desperate cry for public attention, which she has admitted on record that she's seeking, then we will have no choice but to take legal action on principle."

"Making up fake stories in an effort to monetize and get attention which has a direct effect on people’s lives is not OK. Perhaps she should spend that time instead seeking the help that she clearly needs to deal with her issues," the rep continued.

West and Kardashian are already going through a rough patch, with the latter reportedly considering divorce in the near future, so Louise’s fabricated claims aren’t anything this power couple needs at the moment.