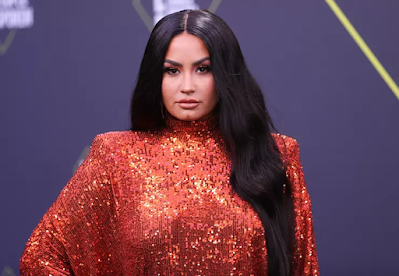 Demi Lovato is opening up like never before, and will address her 2018 overdose in her new upcoming docuseries, Demi Lovato: Dancing With The Devil.

The singer announced the YouTube Originals film on social media, writing, "There has been so much that I’ve wanted to say, but knew I had to say it right. DEMI LOVATO: DANCING WITH THE DEVIL will be streaming free on @youtube starting March 23rd."

She added, "Thank you to my family, friends, and fans for staying by my side over the years as I learn and grow. I’m so excited to finally share this story with you that I’ve held on to for the last 2 years. #DemiDWTDcoming soon!

According to a press release, "Demi Lovato: Dancing with the Devil is an honest look back at some of the most trying times in Lovato's life as she unearths her prior traumas and discovers the importance of her physical, emotional, and mental health. For the first time, Lovato will open up about every aspect that led to her nearly fatal overdose in 2018, and her awakenings in the aftermath as viewers are granted unprecedented access to the superstar's personal and musical journey over the past three years, including footage from when the initial production for this project began during Lovato's 2018 'Tell Me You Love Me World Tour.'"

And in a statement, Lovato explained, "It's been two years since I came face-to-face with the darkest point in my life, and now I'm ready to share my story with the world. For the first time, you'll be able to see my chronicle of struggle and ongoing healing from my point of view. I'm grateful that I was able to take this journey to face my past head-on and finally share it with the world."

Demi Lovato: Dancing with the Devil will hit YouTube on March 23rd.