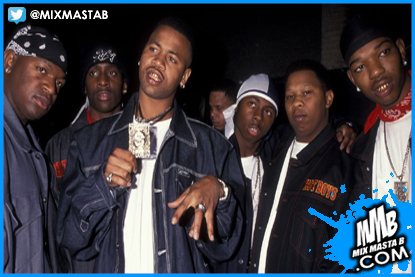 The success of Straight Outta Compton, the N.W.A biopic that hit theaters last summer, seems to be inspiring a wave of hip-hop greats to tell their stories on the big screen, too. The latest with the plan: Cash Money.
“Straight Outta Compton — I think that Dr. Dre and Ice Cube… I think they are geniuses for what they have done and accomplished,” Birdman, Cash Money’s cofounder, said during a talk at Brooklyn Law School on Tuesday, according to XXL. “For them to do that and to make it trend-setting, they opened doors for us. And I just think that what we have is way more special, because we’re in modern times.”


Birdman’s brother, Slim, the other founder of the label, was also at the event and said he was unsure if they would turn the script into a book first or go straight into production on a movie.
This is just the latest in a line of rappers who have been eager to ride the success tapped into by Straight Outta Compton. All Eyez on Me, based on the life of Tupac, just wrapped shooting; RZA said that the “wheels are in motion” for an Ol’ Dirty Bastard biopic; and Raekwon is hoping one based on the entire Wu-Tang Clan will come to fruition.
While we wait for the Cash Money biopic, though, we might as well revisit Baller Blockin’, the 2000 movie starring the label’s roster of Birdman, Slim, Lil Wayne, Juvenile, Mannie Fresh, B.G., and Turk.
CREDIT // SOURCE - MTV.com
Posted by Mix Masta B at Sunday, April 24, 2016