Rapper Waka Flocka Announces He Is Running For President 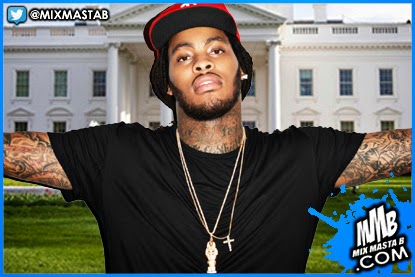 Everybody knows what the kids are thinking these days when it comes to the future Presidential elections: just more old white people that make a bunch of promises they don't actually plan on keeping. It's time America stopped with the same old faces arguing over nonsense in the White House and instead focussed on what's more important: having a President that relates to the people he represents!

Who better fits the bill than Waka Flocka Flame? It's not all fun and games for Flocka either: he's got some serious issues to tackle, like education, women's rights, jobs, and Congress. Of course though, Flocka's got it all covered.

Education? It's time kids starting learning some more skills in life that actually apply to their world after they graduate; plus kids need to start learning some real poetry and memorize Flocka lyrics or it's back to the 3rd grade!

Women's Rights? The innovative candidate isn't going to sugar coat it: women are strong today (Flocka's mother being one of them), and the issue isn't one of women's rights, it's of respect. Respect is what will make this country great again, because once you respect yourself, it's easier to respect others.

Jobs? Well In-N-Out have set the bar for fast food places to follow suit, that means $15 an hour will become the new minimum wage. It's important to empower those that are struggling pay check to pay check, and it's vital to raise the standard of living to truly live up to the American Dream.

Congress? Son what's the point when you've got the big homie Flocka sitting in the Oval Office? You don't need a bunch of overpaid and underworked seniors to simply say 'yes or no' to decisions that Flocka already made. It's best this way America, no more children making decisions out of spite, just progress.

So when you head to the booths in 2016, vote Flocka for President, with DJ Whoo Kid as Vice-President. It also goes without saying that weed will be as legal as a cup of coffee...
The future is fast approaching America, remember to share this great news with your friends and family and remember to vote Flocka in 2016! SQUAD!