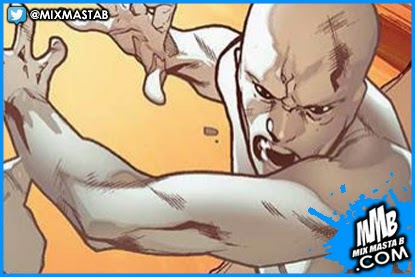 Iceman/Bobbie Drake, one of the original five X-Men, has come out as gay.

Leaked pages from All-New X-Men #40 were posted on 4chan before its official release on Wednesday (22 April).
The comic series centers around the five young original X-Men (Angel, Beast, Cyclops, Iceman and Jean Grey) who time travel to the present day and fight alongside new members of the team.

In the leaked pages, Iceman, who fans have long-speculated to be gay, is outed by pyshic Jean Grey.
The redhead calls him aside and asks him why he told a female professor she is 'hot' when he is gay.
The icy mutant denies it, but she reminds him that she can read his mind.
He wonders how he can be gay when is older self is straight, but Jean assures him that he's 'full gay.'
Iceman then asks if she thinks their teammate Angel is gay.
When she says no, Ice Man responds, 'He's too pretty anyhow.'
CREDIT / SOURCE - Darren Wee / gaystarnews.com