Viner Behind "Deez Nuts" May End Up Behind Bars 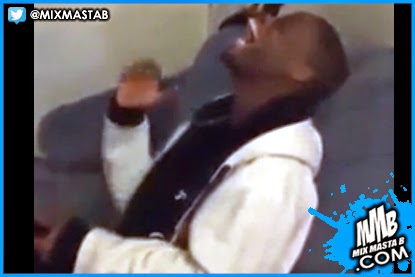 About a week ago (week ago!) a man named Welven Harris became an Vine sensation for pulling a “deez nuts” prank on an unsuspecting friend. Y’all know the old joke, you get someone to say “what” and when they do you yell DEEZ NUTS followed by a victorious GOT EM! Since the video has gone viral, Welvin, who has simply been nicknamed Deez Nuts has had his video recreated by other users all over the Internet. Some of the most popular users on Vine have chopped up his video and put their own spin on the joke. Unfortunately; however, the new found ‘fame’ was too much for Deez Nuts to handle.

According to reports, Nuts was recently arrested on charges of sexual assault after allegedly assaulting several women during a party he hosted in California. Somebody famous for a joke involving nuts getting arrested for sexual assault really isn’t that surprising, but damn! He really should have made the most of his time in the spotlight, because this is probably the only chance he’ll ever get. By the time this whole thing boils over, Vine will be on to its next six second wonder, and poor Deez Nuts will be a thing of the past.

There’s no word on whether or not he’ll be serving any jail time, but prison probably isn’t the best place for a person whose name is associated with nuts. It looks like the joke is on him now, and they really GOT EEM this time.