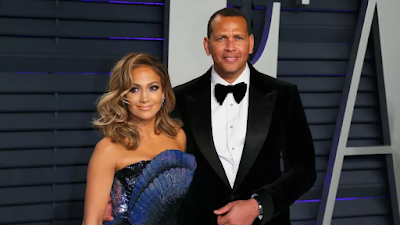 Jennifer Lopez is attempting to cut ties with Alex Rodriguez for good.

After unfollowing and wiping the former Yankee player, 46, from her Instagram, Lopez, 52, has reportedly decided that she no longer wants to be his business partner. "Jennifer is done dealing with Alex," an insider recently told Us Weekly. "She’s washing her hands of him romantically and also as a business partner." According to the celebrity gossip outlet, Lopez's team plans to get in contact with Rodriguez's team to "tie up any loose ends."

During their five-year run, the two joined forces for a portfolio of real estate, to be investors in self-care company, Hims & Hers, as well as the personal training app, Fitplan. "She will have to sell her side of the company or buy him out," the source continued. "She doesn’t care about how it goes down, just that she is free of the ties to him. She knows it’s [only] fair to Ben [Affleck]."

When Lopez and Rodriguez announced their split, they stated that they'd remain business partners, but it's clear that the pop superstar has changed her mind. The aforementioned business ventures pale in comparison to their would-be investment in the New York Mets. In 2020, they made a bid to purchase the team but gave up when negotiations with potential partners failed to materialize. "Everyone who works on the business side for the couple is mostly saying, ‘Thank god they didn't buy the Mets,’" a source told Page Six in March. "Even though the deal would have seen Alex and Jennifer putting in their own separate investments, it would have been a huge mess to get out of it."

Nonetheless, it seems A-Rod is appreciative of his time with Lopez. In his recent interview with Entertainment Tonight, the former athlete had nothing but kind thoughts when reflecting on his time with Lopez. "I had five years of an incredible life and partnership and also with my daughters, we learned so much," he explained.