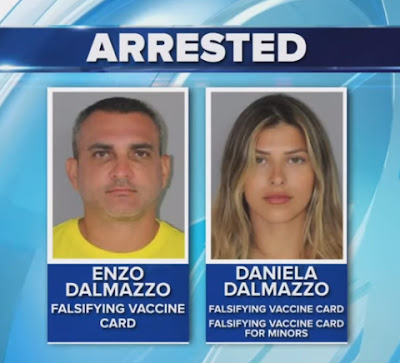 A Miami Beach couple was arrested on August 11 after trying to use fake vaccination cards for their two young children during a trip to Hawaii.

Enzo and Daniela Dalmazzo are both facing charges with Daniela facing additional charges that include two for their children, according to complaints filed by the office of Hawaii’s Attorney General. The couple was arrested in Honolulu after attempting to use the cards for their kids who were born in 2016 and 2017. Their kids are too young to be vaccinated and gave the couple away.

The couple was cited a total of $8,000. They have since posted bail.