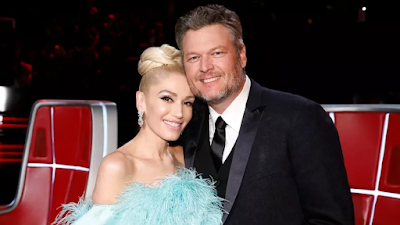 Gwen Stefani and Blake Shelton's Oklahoma wedding reportedly consisted of only 40 guests and the former's No Doubt bandmates were not part of the mix.

On Thursday (July 8), Perez Hilton reported that Stefani’s bandmates, Tom Dumont, Tony Kanal and Adrian Young, were not invited to the ceremony, which took place on Saturday. "I've had it exclusively confirmed that Gwen Stefani did not invite any of her No Doubt band members to her wedding to Blake Shelton in Oklahoma," he said in a YouTube video. "And it was not a small wedding, there was a lot of people there."

While the band never disbanded, their last LP, Push & Shove, dropped in 2012 and the singer didn’t appear optimistic about regrouping as recently as a few months back. "I don’t know about No Doubt,” Stefani told Variety in April. “We had so many years together and we all have families now and that’s just our priority. I can’t really imagine what the future holds with that. We had done some big shows together, a bunch of festivals probably six years ago, and we knew that was kind of the last thing we were going to do together."

In addition to No Doubt, Adam Levine was also not in attendance of the wedding. As per Page Six, the pair's Voice castmate was a no-show to the ceremony as he was in Miami, where he’s said to be recording new music. Over the weekend, he spent time with his wife, Behati Prinsloo, and their daughters doing yoga. While Levine wasn't present, Carson Daly was on-site and officiated the couple’s intimate nuptials.