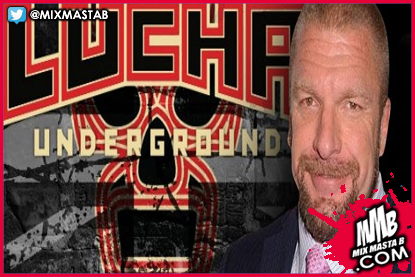 The Wrestling Observer Newsletter reports that Triple H and Senior Director of Talent Development Canyon Cemen met with Lucha Underground back in December but nothing came from the meeting. There was apparently some discussion about talent but the talks went nowhere.
Speaking on Lucha Underground, TNA reached out to the promotion as well. The company floated the idea of doing a joint show in Dallas during WrestleMania 32 weekend but Lucha Underground turned the offer down.
CREDIT // SOURCE - Ringside News
Posted by Mix Masta B at Friday, February 05, 2016