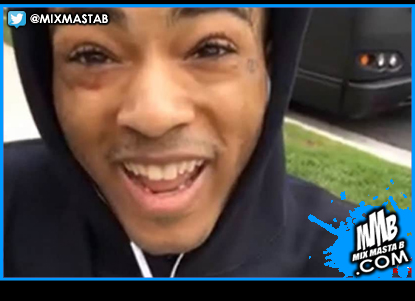 According to the dispatch call the suspects were described as 2 black males wearing hoodies, and the shooter was wearing a red mask.
The car has been confirmed as a black Dodge Journey, with dark tint and black wheels.
XXXTentacion was shot Monday -- TMZ has learned -- and an eyewitness tells us he appeared lifeless with no pulse.