Valedictorian's Beard Gets Him Booted From HS Graduation March 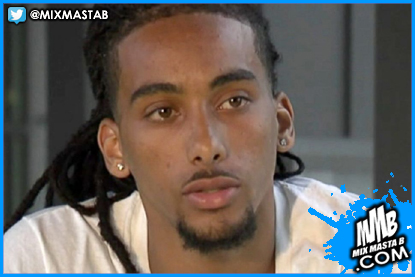 Scholar athlete Andrew Jones was at the top of his Louisiana high school class with a 4.0 grade point average that made him valedictorian of his 2016 graduating class. But there was a problem.
The Amite High School senior had a beard.
And that facial hair got him barred from marching at the high school's recent graduation ceremony where he was scheduled to address the class.


“Our school board has a policy that does not allow any facial hair on male students,” Tangipahoa Parish school superintendent Mark Kolwe told ABC News today. “This young man was given at least three opportunities.”
He added: “I personally asked him to please go and shave so that he can walk with the other kids. He chose not to. I even asked the parents standing here to have him follow the policy.”
Other students went home to shave that day after school officials asked them to do so, Kolwe said, adding they “took care of what they had to do and marched.”
ABC News was unable to reach Jones, but his aunt Sabrina M. Davis posted on Facebook, "How can you take away his moment? You will never feel his pain, and you can never give his moment back to him ..."
Jones has also gotten the support of Amite City mayoral candidate T.R. McGee, who took to Facebook to lament a situation that he described as "not fair due to inadequate disciplinary polices."
"If the school was to discipline this adequately, one could easily see the justification," McGee wrote. "By them not enforcing this policy adequately, the school should first offer a public apology."
As for Dress Code and Uniform Regulations under Tangipahoa Parish School System policy, it’s clear: "Beards will not be allowed."
And superintendent Mark Kolwe said he has no choice but to enforce it, although he declined to comment on why the policy wasn’t enforced during the school year, except to say that the "principal was attempting to enforce the policy for graduation purposes."
“The board has a policy and we have to adhere to the policy until it gets changed,” he said. “Until it changes, I’m responsible for following it.”
CREDIT // SOURCE - PATRICK CLARKE // ABC NEWS
Posted by Mix Masta B at Friday, May 20, 2016