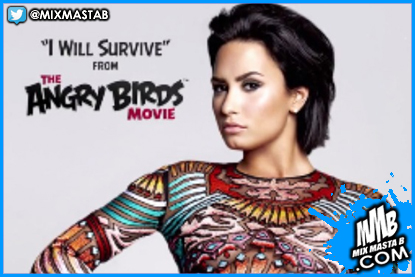 Demi Lovato has released a sneak peek of her cover of “I Will Survive” from the upcoming Angry Birds Movie.
The singer dropped a one-minute preview of the song on social media on Thursday. “Just for my lovatics, here’s a sneak peek of my cover of ‘I Will Survive’ from #AngryBirdsMovie!!” she tweeted. The song, of course, is a cover for the Gloria Gaynor disco anthem, which first debuted in 1978.

Lovato’s fans were quick to praise the new version. @ddlovatoanangel tweeted, “@ddlovato I’m in love with your vocals OMG!!!” @devonnefav wrote, “@ddlovato YOUR VOICE SOUNDS SO F**KING PERFECT.” And the corresponding Instagram post already has more than 200,000 likes.
Lovato’s new song from the movie’s soundtrack comes just days after Blake Shelton released a track that will also appear in the animated film. The country singer premiered “Friends” on April 8. “The Voice” coach actually plays a pig named Earl in the upcoming film.
The movie, based on the hugely popular mobile game, includes a star-studded cast in addition to Shelton. Peter Dinklage, Kate McKinnon, Jason Sudeikis, Bill Hader, Josh Gad, Maya Rudolph and Tituss Burgess have all lent their voice talents to the project. The film hits theaters on May 20. Listen to Lovato’s sneak peek of “I Will Survive” below.