Are There Signs Hulk Hogan May Return For WWE WrestleMania 32? 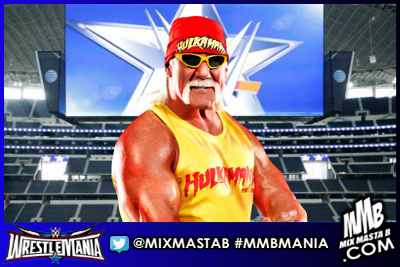 There have been rumours that Hulk Hogan could be heading back to WWE at WrestleMania 32, and Dave Meltzer writes in the latest Wrestling Observer “those who have been interested in using him have gotten the vibe they think he thinks he’s headed back shortly if not that weekend.”
However, at this stage, Meltzer doesn’t know if Hogan will be back at Mania, although the does believe that it is a question of time before WWE do eventually bring him back.


What’s worth noting, is that Hogan is asking for very little money to do appearances in Dallas over Mania weekend. “As in like one-tenth or less of what I’d think his asking price for that weekend would have been,” Meltzer states.
That could be an indication that he’s hard up and has no Mania plans, but on the other hand, it could be a clue that he’s in town for Mania and looked to pick up some cheap easy work on the side.
Hogan’s scandal was a massive media storm when it first broke, and WWE really had no choice but to distance themselves from him. However, Hogan has somehow came out of it with his image still intact. Many fans believe he was foolish, rather than malicious. A WWE return at WrestleMania would complete his redemption.
Posted by Mix Masta B at Thursday, February 04, 2016