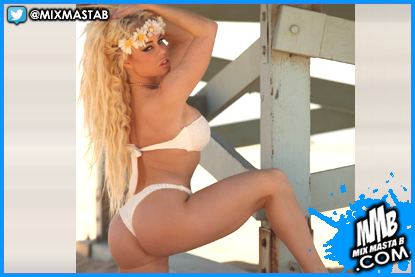 (Hollywood, CA) Spicy Latina Nikki Delano is known not only for her smoking hot scenes, but also for her feature dancing. On Tuesday night, The 2015 Exotic Dancer Magazine’s ED Awards nominations were announced on the Tony Batman Show heard on Planet Platypus. Nikki, along with Alexis Texas, Allie Haze, Danica Dillon, Katie Morgan, Kendra Lust, Lexi Belle, Nicole Aniston, Richelle Ryan and the duo of Sophie Dee & Gianna Michaels, was nominated for Adult Movie Entertainer of the Year. This will be the third time Nikki has been nominated for this esteemed category—in addition to her 2015 nomination, she’s also received nods in 2012 and 2013.

The ED Awards are presented at two events during the Gentlemen’s Club Expo in New Orleans, LA. The Club Favorite and Adult Movie Entertainer Awards categories will be presented at the pre-awards reception during the Opening Night Pub Crawl at the Penthouse New Orleans Club on August 24th.

“I’m honored to be nominated again, and along with an amazing group of girls,” says Nikki Delano. “I can’t wait to see who wins. And who knows…the third time might be the charm.”

Final voting for the 2015 ED’s Awards will be online in late June/early July 2015 at TheEDawards.com website. For more info on the expo and awards show, go tohttp://www.theedexpo.com/

Nikki is available for adult work through The VIP Connect. To book her, contact Shy Love atinfo@thevipconnect.com or 702.462.8755.

To interview Nikki Delano for your site, publication or show or to book her for mainstream projects, contact Erika Icon of The Rub PR at erika@therubpr.com.
Posted by Mix Masta B at Sunday, June 21, 2015