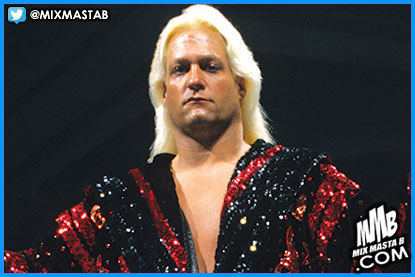 The wrestling world is saddened to learn of the passing of William Ansor, aka “Nature Boy” Buddy Landel.
Landel made his in-ring debut in 1979, performing in regional promotions before signing in 1985 with the NWA’s Jim Crockett Promotions. With flowing blond locks, glittering robes and WWE Hall of Famer J.J. Dillon in his corner, Landel set his sights on then-NWA World Champion “Nature Boy” Ric Flair. Though he left Crockett Promotions by the end of the year, Landel left his mark, defeating Terry Taylor at Starrcade 1985 to capture the NWA National Championship.
Landel continued to compete in various promotions in Tennessee and Alabama, then returned to the NWA in 1990 to face off with Flair in a “Battle of the Nature Boys,” before moving on to compete in Smoky Mountain Wrestling. He also made brief appearances in WWE in 1995 and 1996.
All of us extend our condolences to Landel’s family, friends and fans.
Posted by Mix Masta B at Monday, June 22, 2015