Sami Zayn to undergo MRI on his shoulder #MMBNXT 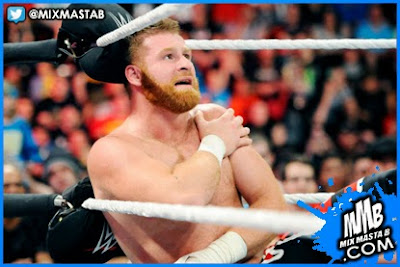 NXT Superstar Sami Zayn suffered a shoulder injury during his U.S. Championship Match against John Cena on Raw.
Zayn, who answered The Champ's open-challenge defense of his title, was tended to by WWE officials during the match after appearing to aggravate his shoulder, yet he continued on and finished the contest despite the injury. WWE.com can confirm that Zayn will be undergoing an MRI on his shoulder tomorrow to determine the nature and extent of his injury.
CREDIT / SOURCE - WWE.COM
Posted by Mix Masta B at Tuesday, May 05, 2015