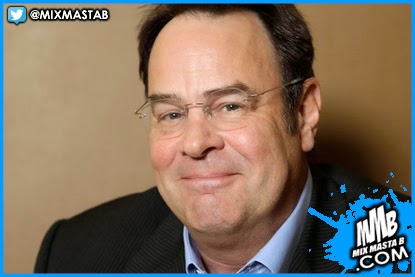 PHILADELPHIA -- Actor Dan Aykroyd was in town on Friday promoting his Crystal Head Vodka brand at the Philadelphia Flower Show, and while there he made an announcement.
“What I'm going to do is I'm going to have our office in Toronto inquire as to whether there's any college provision or college fund for the two children of Officer Wilson,” Aykroyd said.


He is referring to Officer Robert Wilson III, the Philadelphia police officer who was shot and killed during an attempted robbery on Thursday.
“We will be sending a donation from our corporate office definitely, following up on that next week,” Aykroyd added.
Philadelphia Police Officer Robert Wilson III died following an attempted robbery around 4:40pm on Thursday inside of GameStop located on the 2100 block of Lehigh Avenue.
Officer Wilson and his partner Officer Damian Stephenson from the 22nd District were inside the store checking in when two male suspects announced they were going to rob the store.
The officers engaged the suspects who continued to fire at them. Officer Wilson continued to fire until he was fatally struck in the head.
The suspects were later named as 24-year-old Ramone Williams and 29-year-old Carlton Hipps. They both have been charged with first-degree murder along with other charges.
Officer Wilson stopped by the GameStop store to purchase a video game for his son as a gift for doing well in school. His 8-year-old son's birthday is on Monday. He also leaves behind a wife and a 1-year-old son.
When asked what he thought of the situation, Aykroyd said, “It was senseless. You've got guns in the hands of wrong people, and that's the bottom line.”
Anyone who would like to make a donation to the Wilson family can do so at the following PFFCU branches:
901 Arch Street
7604 City Avenue
8500 Henry Avenue
Leo Mall, Byberry and Bustleton Avenue
7500 Castor Avenue
3300 Grant Avenue
Or you can mail a check to this address:
The Robert Wilson III Family Memorial Trust Fund
Police and Fire Federal Credit Union
901 Arch Street
Philadelphia PA, 19107
CREDIT / SOURCE - FOX29 PHILADELPHIA
Posted by Mix Masta B at Friday, March 06, 2015