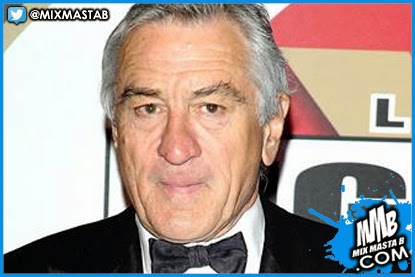 Robert De Niro has said he wished he had learned more about his father’s sexuality when he was alive.
The Oscar winner has opened up about his late father, Robert De Niro Sr - a New York City artist, in a new documentary.


He said he wanted to shed light on his father’s legacy and reflect on how much times have changed for gay people.
‘It was my responsibility to make a documentary about him,’ the 70-year-old actor told Out magazine.
‘I was always planning on doing it, but never did. Then Jane Rosenthal, my partner at Tribeca [Enterprises], said, “We should start doing that now.” It was not intended to be on HBO. It was just something I wanted to do.’
In the documentary, Remembering the Artist: Robert De Niro, Sr, it was revealed his father was always conflicted about his homosexuality.
‘Yeah, he probably was, being from that generation, especially from a small town upstate,’ De Niro said.
‘I was not aware, much, of it. I wish we had spoken about it much more. My mother didn't want to talk about things in general, and you're not interested when you're a certain age.
‘Again, for my kids, I want them to stop and take a moment and realize that you sometimes have to do things now instead of later, because later may be 20 years from now—and that's too late.’
Even though his dad died more than 20 years ago, De Niro continues to preserve his father’s final home and art studio in SoHo.
‘It was the only way to keep his being, his existence alive,’ De Niro said. ‘To me, he was always a great artist.’
Remembering the Artist: Robert De Niro Sr airs on HBO on 9 June.
CREDIT / SOURCE - Gay Star News
Posted by Mix Masta B at Wednesday, May 28, 2014