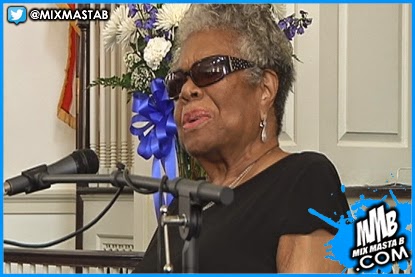 WINSTON-SALEM — Maya Angelou, writer of the classic autobiography "I Know Why the Caged Bird Sings" has died. She was 86.

Her death comes days after canceling her appearance at the Major League Baseball Beacon Awards luncheon, where she was to be honored.
We're told she was found unresponsive inside her Winston-Salem home.


Angelou was a renowned poet, historian and civil rights advocate. As an actress and screen writer, she was hailed as a trailblazer. Her script for the film Georgia was the first ever by an African American woman. It was also nominated for a Pulitzer Prize.
Dr. Angelou's literary agent and friend of 30 years said,"She has been in frail health for a while. It's just a shock."

Wake Forest University released the following statement about Dr. Angelou's death:
"Today members of the Wake Forest University community mourn the loss of beloved poet, author, actress, civil rights activist and professor Dr. Maya Angelou.
Dr. Angelou was a national treasure whose life and teachings inspired millions around the world, including countless students, faculty, and staff at Wake Forest, where she served as Reynolds Professor of American Studies since 1982.
Our thoughts and prayers are with Dr. Angelou’s family and friends during this difficult time."
Memorial arrangements for Angelou have not yet been released.
CREDIT / SOURCE - Time Warner News
Posted by Mix Masta B at Wednesday, May 28, 2014