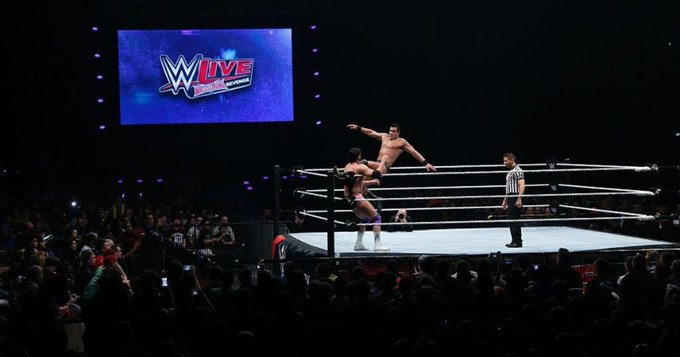 Schools, bars, clothing stores and most office buildings are closed. Television hosts are broadcasting from their homes and other sources of entertainment, like theaters, have been stuttered. Wrestling, however, appears to have survived the coronavirus lockdown.
World Wrestling Entertainment (WWE) will continue to operate in Florida – despite the state's social distancing guidelines and stay-at-home orders, officials announced.
Orange County Mayor Jerry Demings said on Monday that WWE was originally deemed a non-essential business, but Governor Ron DeSantis' office decided to change that. "With some conversation with the governor's office regarding the governor's order, they were deemed an essential business," Demings said during a press briefing. "And so, therefore, they were allowed to remain open."

CBS News has reached out to DeSantis' office for more information on the decision. WWE tapes in Orlando, which is part of Orange County .
The WWE has been airing pre-taped programming over the last several weeks, including WrestleMania 36, CBS Sports reports. However, "Monday Night Raw" will now air live from the WWE's training facility in Orlando, Florida. Other WWE events will also be live from Orlando, including SmackDown on Friday.
Matches will be held without fans in attendance, according to CBS Sports. However, social distancing will be difficult to execute when wrestlers are being asked to physically touch each other in the ring.
In a statement to CBS News, WWE said, "We believe it is now more important than ever to provide people with a diversion from these hard times."