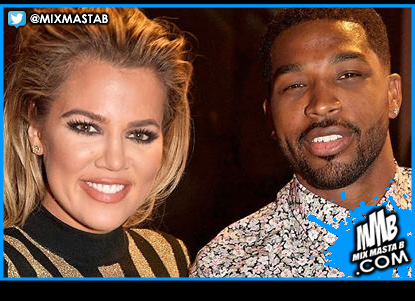 Ready for ‘I do!’ Khloe Kardashian recently opened up to ES Magazine about multiple aspects of her personal life like never before. The reality star reflected on her relationship with NBA star Tristan Thompson, saying that she’s “never been in this type of love” and that she’d gladly accept a proposal whenever he’s prepared to ask.

The clothing designer — her new denim line, Good American, made $1 million on launch day alone — is also ready for another important milestone: “I would love to have a family … We’ve talked about it. He [already] is a father, and I know for a fact that he would be an impeccable father.” (Thompson welcomed son Prince in December 2016 with his ex, Jordan Craig.) But don’t think that means she’s in a rush: “I definitely want to be a mom,” she adds, “but I don’t put the pressure on it. It’s not like, ‘the clock is ticking.’ I feel in my soul it will happen.”

Kardashian, 32, also goes into two other oft-discussed issues: her sister Kim Kardashian’s traumatic robbery and her relationship with Caitlyn Jenner. Of the Paris incident, the younger Kardashian rails against public criticism: “I get really angry when people blame her for her robbery — I think that is the most irresponsible accusation. I don’t care how little or how much you have, nobody deserves to be violated and robbed and assaulted and traumatized. I got very frustrated with that.”

One aspect that sets her off in particular is the implication that the event was scripted or planned for the sake of their show, Keeping Up with the Kardashians. “What is wrong with human beings?” she asks.
But she takes comfort in the fact that ‘Kimberly is one of the strongest women I’ve ever met. We’re not people who sit in sorrow if something bad happens and go, ‘Woe is me.’ We take these experiences and try to help somebody else with them, or just make sure they don’t happen again.” (Kim and husband Kanye West overhauled their security team when she returned from France.)
As far as Jenner goes, the Stronger Looks Better Naked author took the opportunity to clear some air around the initial reaction to her former step-parent's transition. “I’ve known Cait since I was four-and-a-half,” she starts. “You know … it’s really hard, you’ll see our raw conversation. I think people misconstrued my reaction when Bruce [then] told us about the situation. It’s not that I’m angry that Bruce was transitioning to Caitlyn … I didn’t appreciate how it was handled and how we found out more in the media than from Cait.” With hindsight, though, Kardashian realized that “there’s no handbook to all that.” She explains, “I don’t know what she’s going through and I don’t know how anyone is supposed to handle that situation; I feel for Kendall and Kylie.”
The full interview appears in this week’s issue of ES Magazine.
Posted by Mix Masta B at Wednesday, April 12, 2017