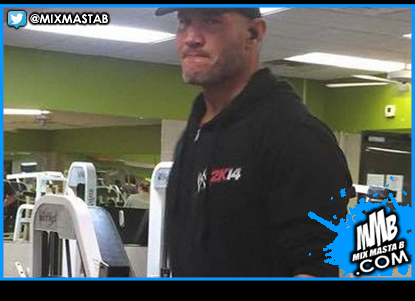 That became very clear to a fan of his at a gym in Jonesboro, Arkansas, where Orton was training before before Tuesday’s WWE Smackdown event.

“I approached him by myself and said, ‘Can I get a picture of you?,’” the fan, Anthony Martin, told the Northeast Arkansas Report. “He gave me a fist bump and replied, ‘Sorry. I can’t hear you,’ pointing to his earphones. We went our separate ways."


Martin then snapped a photo of Orton—and 'The Viper' lost his cool.
“He saw me snap the picture and came up to me got in my face and said, ‘What the [expletive] are you doing? I said no [expletive] pictures! Are you [expletive] stupid?’” Martin said.
Orton later responded to the incident on Twitter, and held his ground:

Apparently I hurt a fans feelings when I told him to F off at the gym yesterday. That's news? Been happening for 15 years. #getalife
— Randy Orton (@RandyOrton) January 18, 2017


Former WWE and WCW superstar Lance Storm also weighed in on Orton's run-in, defending his fellow wrestling star and arguing that the fan's behavior was "ignorant gym etiquette and straight up rude."