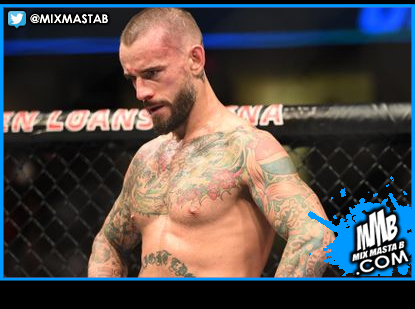 After preparing nearly two years for his professional MMA debut, Punk (0-1 MMA, 0-1 UFC), the former WWE superstar, was handily defeated by Mickey Gall (3-0 MMA, 2-0 UFC) at UFC 203 in September. He showed little of substance in the welterweight fight, and he was taken down in the opening seconds before absorbing hard punches and succumbing to a fight-ending submission inside three minutes.

Although he said after the fight that he won’t give up on the sportand is hopeful for a second opportunity, one doesn’t appear to be there for him. UFC President Dana White told “UFC Tonight” on FS1 that Punk is unlikely to get another crack on MMA’s most prominent stage

“Is CM Punk going to be a guy who is going to stay in the UFC and continue to fight? Probably not,” White said. “But he wanted to try it. I like the guy. I respect the guy. He wanted to fight in the UFC. He wanted to do it. He trained for two years, and he did it.”
The question of Punk’s possible return popped up again after former NFL player Greg Hardy recently announced his intention to compete in MMA. Unlike 37-year-old Punk, Hardy, 28, is still a young, high-level athlete who seemingly has all the tools to become a serviceable fighter given the proper dedication and training regimen.
Hardy’s background could make him tough to mark, though, due to his history with domestic violence and other issues.
White’s interest in Punk is weening, and he said he’s still yet to figure out whether Hardy is someone worth looking at.
“There’s been situations like Brock Lesnar who came in and wanted to do it, and obviously that one turned out well,” he said. “Then obviously we had the CM Punk thing. It just depends. I wouldn’t say that I’m looking for retired NFL players for pay-per-view or anything like that. I just don’t know what the real interest is in seeing some of these guys fights or even if it makes sense.”
Posted by Mix Masta B at Friday, October 14, 2016