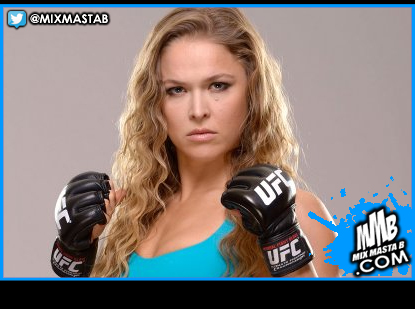 As a self-described “department head” for Ronda Rousey’s team, Mike Dolce said the former women’s bantamweight champ started getting serious about a comeback in late summer.
“She could have fought on the New York card most likely, but that would have been pushing the timeline just a little too much,” Dolce told MMAjunkie shortly after news of Rousey’s comeback at UFC 207 opposite Amanda Nunes (13-4 MMA, 6-1 UFC) was confirmed byUFC President Dana White. “She decided to give her body a little more time so she can perform at her best.”
After Rousey’s knockout loss to Holly Holm this past November at UFC 193, Dolce said “Rowdy” needed time to heal and focus on her health before thinking about stepping in the octagon.


“She’s been fighting with nagging injuries for years,” he said. “Those injuries have always been there, and it’s been a matter of managing those injuries for training camps – of which last year, she had three fights in nine months on three continents. That doesn’t leave a five-round fighter a lot of time to heal.
“She was able to take the last year or so to really heal up, take care of herself, and get her body back to the world-class form that we all, as a team, wanted to be at. That’s what puts us into this position now. Ronda’s ready to go.”
Rousey will move directly toward the title when she meets Amanda Nunes on Dec. 30 at T-Mobile Arena in Las Vegas.
Nunes, the No. 1 fighter in the USA TODAY Sports/MMAjunkieMMA women’s bantamweight division, is the current champ after a revolving door of titleholders held the belt in No. 2 Rousey’s absence. Following her spectacular upset, Holm, now No. 6, was submitted by No. 3 Miesha Tate, who in turn was submitted by Nunes. Since Rousey, who originated the UFC women’s bantamweight title, no champ has been able to defend their title.
The matchup presents a potentially interesting challenge for Rousey, who never really struggled against opponents during her title reign. Nunes lost to Cat Zingano, an opponent the ex-champ railroaded in 14 seconds. Since then, however, she’s grown into a fearsome threat, stopping three of her past four opponents.
But according to Dolce, there wasn’t any second-guessing about facing Nunes as opposed to a lower-ranked opponent.
“I think Amanda is the world champion,” he said. “I do believe Ronda is the best female fighter on the planet. You look at her resume, the athletes she has defeated, are top No. 1 contenders continuously. I think Amanda is the best next to Ronda.
“But I do think Amanda will be the toughest test of Ronda’s career. I have no doubt that Ronda is up for that test and will be victorious.”
If Rousey defeats Nunes in December, White indicates a long-anticipated matchup with Cristiane “Cyborg” Justino could take place in 2017. The matchup would be a huge hit for the UFC, but Dolce would advise against it unless it was contested at 135 pounds.
“Why would Ronda, who walks around in the off-season at a healthy (148 to 152 pounds), why would she look to give such advantages to an athlete that walks around at 175 pounds?” he said. “No male on the planet would do such a thing, and I think it’s disrespectful and a double-standard for the public to assume Ronda should.”
Instead, he would advise any superfights that Ronda take on be contested in a lower weight division – the 125-pound flyweight class, which is not currently promoted by the UFC.
“As Ronda’s weight-management coach, I see Ronda being a 125-pound athlete, if that weight class existed,” he said. “Based on her current body weight, and how compliant she’s been to her lifestyle, Ronda can make 125 pounds. That might be where the most exciting matchups would actually take place. Can you imagine Ronda versus (UFC women’s strawweight champion) Joanna Jedrzejczyk, who’s always talked about moving up to 125?”
Like many MMA plans, such a move is highly speculative. Rousey first needs to make it to the fight with Nunes before deciding her next step. There will be a tremendous amount of pressure on her as she returns after a brutal knockout loss.
Dolce, though, said he’s “100 percent” confident that Rousey is recovered from her knockout loss and will be in peak condition.
“Ronda’s last loss, prior to Holm, was in the Olympics, and she was able to battle back and win the bronze, and continue on in her martial arts career to remain undefeated for the better part of a decade,” he said. “That’s the mentality we’re talking about. There’s no backing off with an athlete like Ronda. She’s very rare.”
Posted by Mix Masta B at Friday, October 14, 2016