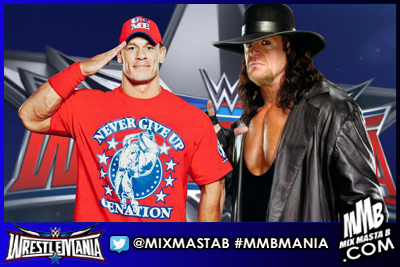 
Of course, that’s a very big “if” and the initial prognosis for Cena’s shoulder injury was a six month or nine month recovery time. Could he shave off some time from the best case scenario? Possibly, he’s certainly demonstrated quick recovery times in the past. However, he’s now 38 years old and his body is more worn down. The “mutant powers” could be waning.
Making it back for WrestleMania would mean a three month recovery, which is half of what his best case scenario was said to be. There must be some level of belief that he could do it, as The Undertaker hasn’t moved on to any other direction. It looks like he is giving Cena the chance to make it back.
CREDIT // SOURCE - What Culture
Posted by Mix Masta B at Thursday, February 04, 2016