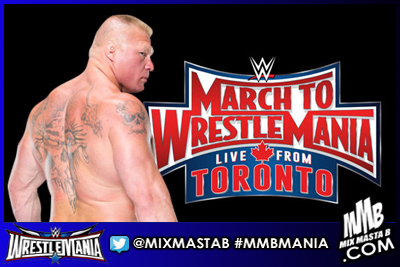 Brock Lesnar will wrestle Luke Harper on the March 12th WWE Network special from Toronto, Canada. Dave Meltzer reports it will be the top match alongside Roman Reigns versus Sheamus.
Titled ‘March To WrestleMania’ the show will be the last WWE special before April’s WrestleMania 32, although it isn’t considered a traditional pay per view. It is more designed to be a WWE Network bonus, a special televised house show to maintain Network subscribers.


Lesnar will be the big focus of the marketing, just as he was at ‘The Beast In The East’ and ‘Live From Madison Square Garden’ WWE Network specials. He’s the hottest draw in the company, and utilising him on these occasional Network only shows is smart business.
As for the match itself, Lesnar versus Harper sounds a lot of fun. Harper’s underrated, he can go in the ring. However, like the other two Lesnar Network specials, expect it to be a short and sweet match. It’ll play out along the same lines of Lesnar Big Show from last October, Harper will get a mini attack in, before Brock takes control and destroys him.
It is all designed to continue Lesnar’s build against Bray Wyatt, which is expected to culminate in a match at WrestleMania 32.
Posted by Mix Masta B at Thursday, February 04, 2016