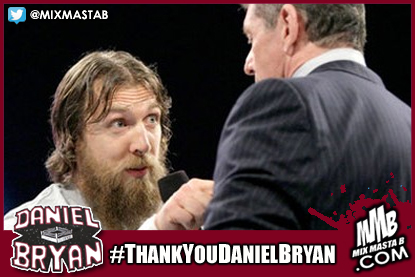 Fresh off his new Tide Pods commercial, Daniel Bryan is scheduled to make an appearance on tonight’s episode of RAW, however reports have surfaced online that Bryan actually tried to get his release from WWE but was blocked in doing so.
Dave Meltzer noted to Wrestling Classics that “he did give notice and was told he did not have the right to give notice.”
Bryan’s contract has been frozen due to an injury, much similar to the same scenario that Rey Mysterio had after suffering multiple injuries. His contract can remain permanently frozen unless Bryan takes the promotion to court.
Bryan has been out of action since suffering a concussion in a six-man tag match in the UK last April. Bryan has only been able to wrestle a little under three months in nearly two years.