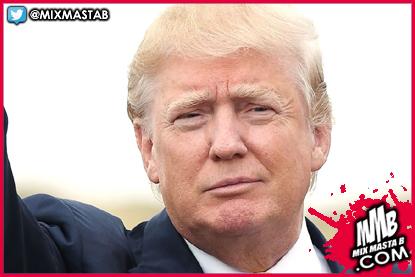 Eva Schloss, now 86, was a friend of Frank's in Amsterdam after their families fled Nazi Germany in the 1930s. Her mother, Fritzi, would marry Otto Frank, Anne's father, after World War II.
"If Donald Trump become(s) the next president of the U.S. it would be a complete disaster," she told Newsweek on Wednesday. "I think he is acting like another Hitler by inciting racism."

Schloss survived Auschwitz while Frank and her mother died at the Bergen-Belsen concentration camp, and Anne Frank's diary became a famous account of life as a Jewish family under Hitler's Nazi Germany.
Schloss, who lives in London, also criticized the U.S. and Western European governments for their response to the Syrian crisis, likening the refugees' experience in 2016 "to what we went through" in Nazi-controlled Europe.
"I remember how upset the world was when the Berlin Wall was erected in 1961," Schloss said. "And now everybody is building walls again to keep people out. It's absurd."
Trump has been compared to the Nazi leader before, both by political opponents in America and critics abroad.
In November, Jeb Bush adviser Max Boot tweeted that the GOP front-runner "is a fascist," while a British newspaper asked its readers in December, "Who Said It: Donald Trump or Adolf Hitler?"
"If you go and look at your history and you read your history in the lead-up to the Second World War, this is the kind of rhetoric that allowed Hitler to move forward," former New Jersey Gov. Christine Todd Whitman, a Republican, told CNN on December 9, after Trump called for a temporary ban on Muslim immigration into the U.S. "Because you have people who were scared the economy was bad, they want someone to blame."