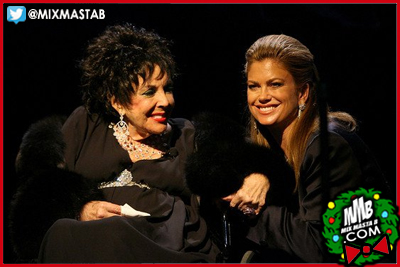 By the end of her life, Elizabeth Taylor was almost as renowned for her tireless HIV/AIDS activism as she was for her legendary screen appearances. But a new interview with Taylor’s long-time friend and confidante Kathy Ireland reveals that the late star’s commitment to fighting the crisis extended far beyond her role as the public face of the American Foundation for AIDS Research and The Elizabeth Taylor AIDS Foundation, which she founded in 1985 and 1991 respectively.
Speaking to ET Online to mark World AIDS Day yesterday (December 1), Ireland revealed that Taylor also developed a secret Dallas Buyers Club-style underground network to help get experimental HIV drugs to patients during the height of the crisis, despite the threat it posed to her own freedom.


“Talk about fearless in her home in Bel-Air,” Ireland said. “It was a safe house. A lot of the work that she did, it was illegal, but she was saving lives. It was in a time when it was not something to do.
“Business associates pleaded with her, ‘Leave this thing alone.’ She received death threats. Friends hung up on her when she asked for help, but something that I love about Elizabeth is her courage.”
Ireland and fellow star Ricki Lake – who recently traveled to Malawi to film new HIV/AIDS documentary Treatment for All – also praised Charlie Sheen for going public with the news that he was living with the virus.
“My heart and our prayers go out to [Sheen] and for everybody who is dealing with this,” Ireland said. “It’s heartbreaking.”
“I think it was incredibly brave of him,” Lake added. “It’s good anytime we can raise awareness.”
Of their new documentary, Lake explained: “These children have nothing. They are orphaned by AIDS and all of their parents have died from this disease. They have nothing really but the clothes on their back and this opportunity to be educated, and yet they are so filled with joy and hope.
“I really take a huge responsibility for being able to do some good and be able to help these people that are our neighbors. Yes, they’re across the world, but they’re just like us.”
Meanwhile, Liz Taylor’s granddaughter spoke candidly about the star’s ongoing legacy earlier this year, admitting that her late grandmother would “horrified” by the rising rates of HIV among gay men today.
CREDIT // SOURCE - Will Stroude // Attitude.com