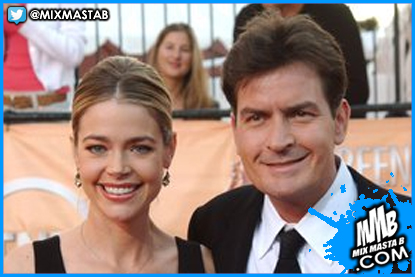 As Charlie Sheen gets ready to announce to the world that he is HIV positive, a source tells Access Hollywood that Sheen's ex-wife, Denise Richards, has known Sheen had the disease for a "number of years."

A source close to Richards told Access Hollywood that the actor contracted the disease in the years after he and Richards divorced in 2006.
Sheen and Richards have "not been intimate" since the divorce, the source added.

The now-ex-couple has two daughters together – Sam, 11; and Lola, 10.
Neither Richards, nor the couple's children, have been infected with HIV, the source close to Richards told Access.

On Monday morning, sources told Access that Sheen is going to announce he has HIV in an interview with Matt Lauer on the "Today" show on Tuesday.
Access has reached out to Sheen and Richards, but has not yet heard back.