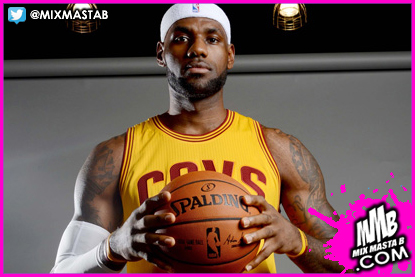 LeBron James has decided not to renew his deal with McDonald's.

Instead, he plans to serve as spokesman to Blaze Pizza, the fast-casual pizza chain that he's invested in for years, reports Darren Rovell at ESPN.
"LeBron came on as a founding investor and he had been silent and in the background," cofounder Rick Wetzel told ESPN. "Now we're using him to get our message out there and put the spotlight on our brand."


Blaze Pizza hopes to be as big as Starbucks one day.
Wetzel told Bloomberg that he wanted his chain to be the fast-casual version of Starbucks.
"Not just Chipotle, with 1,800 stores. Who's going to be the Starbucks of fast casual? There's going to be a shift soon for people to start thinking above Chipotle,"Wetzel said in an interview earlier this year.
Starbucks has more than 21,000 locations around the world. Blaze Pizza plans to have 500 locations by 2020.
Blaze Pizza opened 50 restaurants across the US in 2014. This year it plans to open 60 to 70 new locations.
Celebrities like LeBron James and Maria Shriver have invested in the brand, which is based in Southern California.
Much like Chipotle or Subway, Blaze Pizza emphasizes customization.
Customers build pizzas, choosing from seven cheeses, eight proteins, 20 vegetables, and three sauces, Jim Mizes, the president and chief operating officer, told Business Insider.
The pizzas are then placed in a stone-hearth oven. They're ready in about three minutes.
In 2011, Rick and Elise Wetzel, founders of Wetzel's Pretzels, went looking for a fast-casual pizza chain. They came up empty-handed.
The couple enlisted the help of renowned pizza chef Bradford Kent to open a "better pizza" chain.
"Until recently, your only options were the big, traditional, pizza chains or sit-down restaurants," Mizes said. "We wanted to build something with a modern twist that would resonate with millennials."
Mizes said the fresh ingredients and stone-hearth oven made the product taste better. Blaze Pizza makes the dough by hand and lets it rise for 24 hours before serving.
Prices range from $5 to $10, depending on toppings.
"We're taking pizza back to its roots," he said. "If you use the method of putting pizza on a conveyer oven, you're going to get a less quality product."
While Blaze Pizza has a variety of pies on the menu, Mizes estimates 90% of orders are customized in some way.
The chain's modern architecture was influenced by Chipotle. The restaurants have a sleek, modern, urban feel with lots of stainless steel and reclaimed wood.
"The atmosphere helps bring out the quality of the product," Mizes said. "If you eat a Chipotle burrito in a Taco Bell, it's not going to taste as good."
The chain also trains workers to greet and engage with customers.
Blaze Pizza has some competition.
Chipotle is opening its third Pizzeria Locale. The chain is very similar to Blaze Pizza.
Other fast-casual chains, like PizzaRev, have also expanded in popularity.
But Mizes says getting into the business early has benefitted his brand.
"We got into the game early and have the wind at our backs," he said. "We're opening a new restaurant every five days and will just keep growing."
Here are some selections from Blaze Pizza's menu.