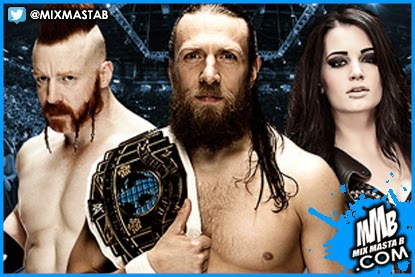 NEW YORK, N.Y., and STAMFORD, Conn.— USA is expanding its commitment to WWE, bringing SmackDown to the network in the first quarter of 2016. Now the exclusive cable home to WWE marquee properties, USA airs the powerhouse Monday Night Raw live 52 weeks a year and will soon air the reality competition series “WWE Tough Enough,” which returns this summer in a reimagined format.


“WWE is proud to have SmackDown join Raw as part of our expanded partnership with USA Network,” said WWE Chairman and CEO Vince McMahon. “The combination of the No. 1 cable network and two ratings juggernauts provides a destination for our viewers and an extraordinary platform for our partners.”
With more than 800 original episodes, SmackDown is the second longest-running weekly episodic program in U.S. television history, only behind Monday Night Raw. Over the past 15 years, SmackDown has been broadcast from 170 different venues, in 148 cities, in seven different countries, including the United States, Canada, the United Kingdom, Iraq, Japan, Italy and Mexico.
Posted by Mix Masta B at Tuesday, April 07, 2015