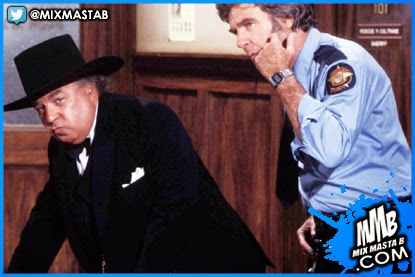 RALEIGH, N.C. (AP) - The prolific character actor best known for his role as Sheriff Rosco P. Coltrane on "The Dukes of Hazzard" has died. James Best was 88.
His wife of 29 years, Dorothy Best, said that Best died Monday night in hospice care in Hickory from complications of pneumonia.


Best starred on the television series that ran from 1979 to 1985. He was the lawman futilely chasing the Duke brothers, often in the company of his droopy-faced basset hound Flash. Best employed a battery of catch phrases in the role, as well as memorable laugh that was comically villainous.
"I acted the part as good as I could," Best told The Charlotte Observer in a 2009 interview. "Rosco, let's face it, was a charmer. It was a fun thing."
During a wide-ranging career of several decades, he also acted in movies including "The Caine Mutiny" and "Rolling Thunder," and he appeared on television shows including "Gunsmoke" and "The Andy Griffith Show."
"I was fortunate enough to call him my friend since the day he walked on the set of 'Gunsmoke' back in the early '60s," actor Burt Reynolds said in a statement. "Onset or off, behind the scenes, in front of a class or just as a friend, his name was so fitting because he was truly the 'best' at whatever he did. My heart is heavy, and I miss him deeply."
Best was an acting teacher who helped several future Hollywood stars learn how to appear more natural on camera.
"I learned more about acting in front of a camera from Jimmie Best in an afternoon than from anyone else in a year," said Dukes of Hazzard co-star John Schneider, who played Bo Duke. "When asked to cry on camera, he would say, 'Sure thing . which eye?' I'm forever thankful to have cut my teeth in the company of such a fine man."
Best was born in the western Kentucky community of Powderly, the youngest of eight brothers and a sister. After his mother died when he was a toddler, Best was adopted and raised in Indiana. He served in the U.S. Army in World War II and started acting in a military theater company, according to his website.