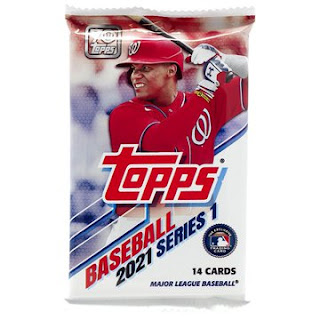 For 70 years, the name Topps has become synonymous with baseball cards. That longevity was threatened Thursday, as The Action Network confirmed that Major League Baseball and the Major League Baseball Players Association have given their exclusive licenses to Fanatics. The union deal doesn’t start before 2023, and the MLB deal won’t start until 2026.

Terms of the deal are unclear, but sources say that both MLB and MLBPA will have an equity stake in the new company formed from scratch just to produce trading cards. Fanatics has hired StockX founder Josh Luber to run the business, sources said.

A Fanatics spokesperson declined to confirm the news. Calls made to Mudrick Capital were unanswered.

The deal presents a major is

sue for Mudrick Capital, which is taking Topps public in a deal valued at $1.3 billion. While Topps will have five seasons left on its MLB deal, losing the license in the future automatically makes it a shell of its former self.

This deal might completely undo the business combination between Mudrick and Topps. Shareholders are expected to vote on the deal next Wednesday morning.

A recent valuation put Fanatics, which is branching into many other categories including sports betting, at $18 billion.

The deal might be far off, but it falls in line with Fanatics becoming the behemoth that it has. Arguably no player in the business of sports has been as disruptive as Fanatics has over the last decade.

The sports giant first conquered merchandising to become the largest independent seller of team-licensed gear in the world. It then went into sports memorabilia, buying up companies to become a name in the autograph game. For its recent move into sports betting, it hired away FanDuel CEO Matt King and Tucker Kain, president of business enterprise for the Los Angeles Dodgers, to run the company’s move into other verticals.

Topps produced its first baseball cards in 1951 and made its most famous card a year later — the Mickey Mantle rookie, which is still the most valuable post-war card in the industry.

Before the establishment of a licensing agreement that aggregated all the players, Topps used to sign players to four-year contracts, paying them an advance of $75 and $500 a year for the rights to their name and image on a card.

Topps was the most valuable license to the Major League Baseball Players Association, paying the union $20.4 million in 2020, according to the union’s annual report with the labor department.

On Wednesday, Topps reported quarterly earnings and raised annual guidance from $740 million to $760 million to $830 million to $850 million. Net sales in the quarter that ended in mid-July increased 77.7 percent.

It’s well known that Fanatics was looking into the trading card business, but since almost all of the value is in the licenses, it obviously felt that it was worth it to just sign the next set of deals.

Topps assets, including old designs, are a huge part of trading card history. Without baseball, Topps would only have soccer.

Sources said that Major League Baseball offered Topps the right to match the deal proposed by Fanatics and was unable to reach the number — not a surprising result given the fact that Fanatics is worth nearly 14 times what Topps is worth.