Kim Kardashian and Kanye West Are in Counseling as She Prepares for Divorce: Source #MMBPop 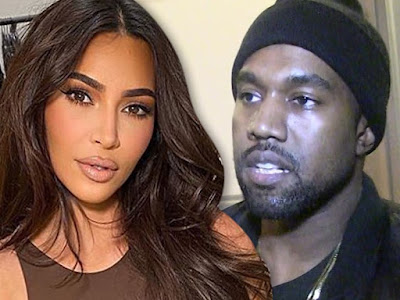 By Natalie Stone and Melody Chiu

Kim Kardashian and Kanye West are doing everything they can to save their marriage.

Although the Keeping Up with the Kardashians star, 40, is preparing to divorce her rapper husband, a source tells PEOPLE that the couple is in marital therapy in an effort to salvage their relationship.

"Kim and Kanye are in counseling and exploring their options," says the source. "They have been working on their marriage for a long time, but no decision has been made."

A second source adds that "it’s not over yet. They are still trying to see if the marriage can be saved."

Kardashian's famous family is also supporting her in whatever decision she and West make.

"Kris Jenner and Kim’s sisters are being as supportive as possible. They’ve seen Kim struggle over the last year and ultimately just want both her and Kanye to be happy, however that may look," says the second source.

Kardashian and West wed in 2014 and share four children together: daughters North, 7, and Chicago, 2, and sons Saint, 5, and Psalm, who turns 2 in May.

Earlier on Tuesday evening, multiple sources confirmed to PEOPLE that Kardashian is preparing to file for divorce.

"He knows that she’s done. She has had enough, and she told him that she wants some space to figure out her future," said a source, adding that West, 43, is bracing for a filing but doesn't know when it will take place.

"He’s okay. He’s sad, but okay. He knows the inevitable will happen, and he knows that it’s coming soon," the source added.

As to when Kardashian — who is working with top divorce lawyer Laura Wasser — will file, another source said that "it will happen eventually, but she’s waffling."

Reps for Kardashian and West did not respond to PEOPLE’s requests for comment.

Their marital troubles come months after they weathered a tumultuous summer, with West’s unsuccessful presidential bid, rumors of divorce and more public drama. While campaigning in July, West divulged deeply personal details about his family and marriage during rallies and on Twitter. Sources told PEOPLE at the time that West's campaign came amid a new cycle in his bipolar disorder.

As the summer came to a close, the pair reunited in Los Angeles to spend time with their children. However, in September, another series of tweets from West appeared to land their marriage in trouble.

And by the year's end, the couple "very much live separate lives," a source told PEOPLE in December.

"Kim has work and projects that are important to her, and Kanye has his," the source said. "Their lives don't overlap much."