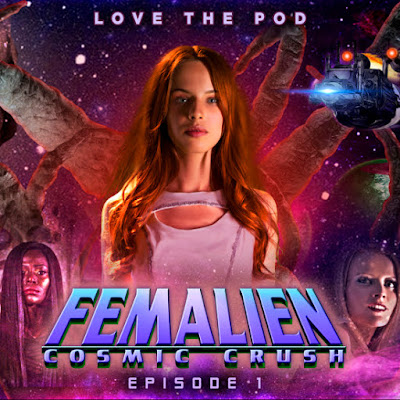 "I had an amazing time working on this movie and I’m super stoked for everyone to see," said Jillian. "FemAlien: Cosmic Crush was such a fun and sexy adventure. Fans can expect to see beautiful women, wild aliens, and so much more!"
FemAlien: Cosmic Crush will debut in a special "Director's Cut" on Full Moon Features own channel - https://www.fullmoonfeatures.com/. The movie will arrive in serialized episodes, with the initial installment to begin streaming on December 11th and the concluding half on December 18th. Fans can get an eyeful and get 50% off their new Full Moon Features subscription by using the code word "Femalien" upon check out. An alternate cut of the movie will be available later via Amazon Prime and a fully-loaded DVD following later.