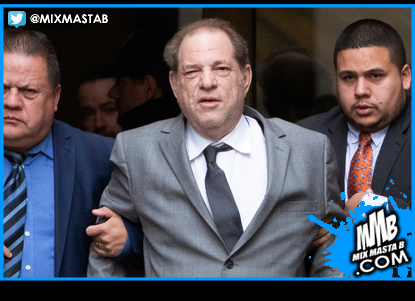 The same day that Harvey Weinstein’s rape trial got underway in New York, a new case was unveiled on the other side of the country. Weinstein has been charged with sex crimes in Los Angeles, according to Variety.

Weinstein has been accused of “raping one woman and sexually assaulting another in separate incidents over a two-day period in 2013,” Los Angeles County District Attorney Jackie Lacey stated, per Variety.

Weinstein has reportedly been charged with “one felony count each of forcible rape, forcible oral copulation, sexual penetration by use of force and sexual battery by restraint,” according to Variety. Weinstein’s arraignment will be scheduled for a later date. The Los Angeles D.A’s office has reportedly been looking at eight cases involving Weinstein. Some of these cases were submitted two years ago. In 2017, the New York Times and the New Yorker dropped their bombshell reports about Weinstein’s alleged history of sexual misconduct. (Weinstein has denied all allegations.)

Jury selection in Weinstein’s New York trial will begin on Tuesday (Jan. 7). The disgraced film producer has been charged with one count of rape and one count of criminal sexual act. If convicted, he could face a maximum of 25 years in jail.
Posted by Mix Masta B at Monday, January 06, 2020