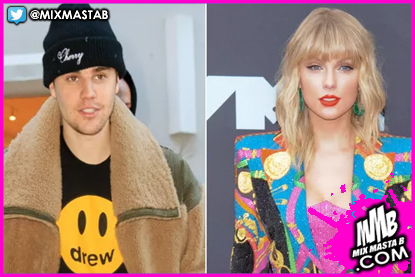 
Just like everybody else, Justin Bieber was entertained by the viral clip of Taylor Swift that was showed during her recent appearance on The Tonight Show with Jimmy Fallon.

In a new Instagram Story, which was shared on Hailey Baldwin's account, the pop titan can be seen from afar at his refrigerator, saying, "It's not the banana I wanted." Baldwin chimes in on the moment, saying, "That was so funny," before Bieber continues on with the reenactment. "It's not the right banana. It has no head," he adds. In case you missed out, Swift was filmed by her mother, Andrea Swift, after her Lasik eye surgery in which the singer appeared loopy on her post-procedure meds. Before walking to her bed, Swift attempted to take a banana off of the bunch, but she ended up choosing the wrong one.

During Swift's appearance on Fallon, the chart-topper, who just served as the musical guest on this weekend's Saturday Night Live, was shocked to learn that the late-night host orchestrated the ordeal. "I can't even be mad. I’m just impressed that you infiltrated my family," she admitted during the interview. "I don’t even know how you did that. Nobody has my mom’s number!"