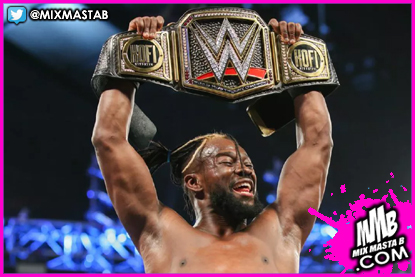 Former WWE Champions Kofi Kingston took time out to post a thank you message to his fans on Twitter after losing his championship to Brock Lesnar on the premeire episode of WWE Smackdown on it's new home FOX. The match which was hyped for a couple weeks lasted only 10 seconds with many fans taking to social media to blast their outrage and disappointment on how WWE could allow such a thing happen in such a matter. In the last 24 hours many WWE superstars have taken to social media as well to praise Kofi's efforts and desire to change fans' lives. Below you can read what Kofi posted. 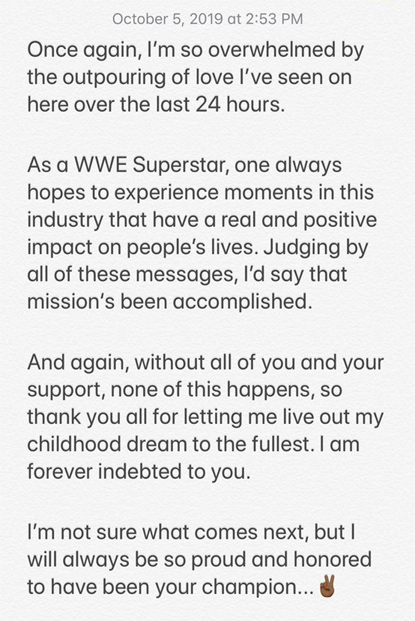