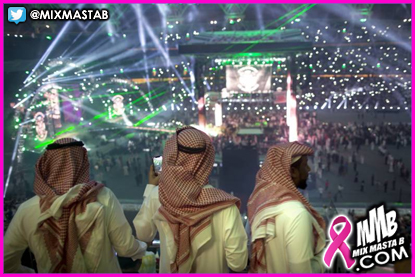 WWE is reportedly still planning to move forward with its scheduled Crown Jewel event in Riyadh, Saudi Arabia, on Nov. 2.
According to Mike Johnson of PWInsider, WWE is "working on different logistics and production aspects" in relation to Crown Jewel and also developing itineraries for the talent.
WWE has come under public pressure to cancel Crown Jewel due to the recent disappearance of Washington Post journalist and Saudi national Jamal Khashoggi.
The Washington Post reported Thursday that Turkish officials told U.S. counterparts that they have audio and video proof that Khashoggi was detained and killed at the Saudi Consulate in Istanbul this month before having his body dismembered.


Turkish officials reportedly believe the Saudi government ordered Khashoggi to be killed due to his written criticism of the Saudi royal family.
Per William Steakin of the Independent Journal Review, multiple U.S. senators have called for WWE to reconsider holding Crown Jewel.
In response to the recent developments, WWE released a statement Friday saying, "We are currently monitoring the situation," according to Joshua Gagnon of WrestlingInc.com.
WWE previously staged the Greatest Royal Rumble in Jeddah, Saudi Arabia, in April.
Dave Meltzer of the Wrestling Observer Newsletter (h/t WhatCulture) reported that WWE has a 10-year deal worth $450 million to hold shows in Saudi Arabia.
Crown Jewel is scheduled to be headlined by the return of Shawn Michaels to in-ring action for the first time in eight years, as he will team with Triple H against The Undertaker and Kane.
Posted by Mix Masta B at Saturday, October 13, 2018