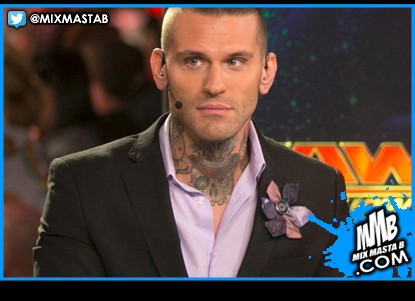 Corey Graves reportedly had heat on him for remarks made during commentary at WWE's Greatest Royal Rumble event in Saudi Arabia, according to The Wrestling Observer Newsletter.
The Observer pointed to how Graves seemed to have remorse or seconds thoughts over the event because of a few cryptic comments he made during the show, indicating that he was having issues with WWE running the Kingdom without the female Superstars due to the culture.


Graves then took to Instagram on Monday of this week, as seen below, and wrote the following on freedom and women's rights:
A drink to remember that no matter how bad WE think we have it, at least our women have rights and we all have freedom of expression. #ifyougetityougetit
According to the Observer, there were people who felt that although his statements were understandable, they should have been made privately. It was also noted that there are people saying that Graves is "more replaceable than he thinks he is."
Posted by Mix Masta B at Friday, May 04, 2018