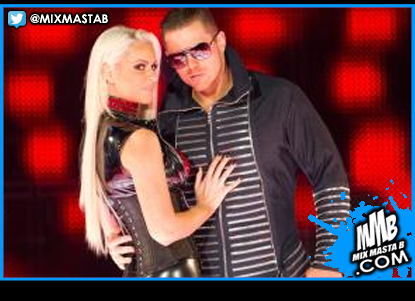 USA Network has green-lit “Miz & Mrs.,” a docu-series chronicling the lives of The Miz and Maryse. The six-episode, half-hour series will feature the married pair, known for being larger than life both in and out of the ring, as the Superstars become parents for the first time. The exciting show will premiere on July 24 at 10/9 C.
Produced by WWE and Bunim/Murray Productions and expected to air in 2018, “Miz & Mrs.” will complement USA’s WWE programming, which includes five hours of live programming each week, 52 weeks a year, with Monday Night Raw and SmackDown LIVE.


“As the exclusive television home for WWE’s flagship programming, USA Network is excited to give this passionate fanbase even more of two of WWE’s most colorful Superstars, The Miz and Maryse,” said Heather Olander, SVP of Alternative Development and Production. ““Miz & Mrs.” is an intimate, behind-the-scenes glimpse at this iconic couple as they face one of their most exciting challenges yet – becoming parents.”
““Miz & Mrs.” will undoubtedly be the most must-see show on television,” said Miz and Maryse. “We can’t wait to share this next chapter of our lives with our fans as we get ready to welcome our daughter into this world.”
Don't miss the debut of USA’s “Miz & Mrs, July 24 at 10/9 C, immediately following SmackDown LIVE.
Posted by Mix Masta B at Tuesday, May 22, 2018