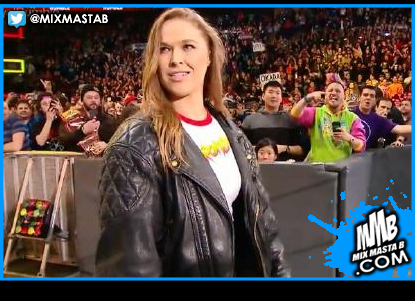 During today's 2017 Q4 earnings call, Vince McMahon credited Triple H and Stephanie McMahon for Ronda Rousey signing with WWE. The end of the call had a question regarding Rousey's role in WWE and whether it would be full-time, a limited role like Brock Lesnar or more of an ambassador role, similar to Dwayne "The Rock" Johnson.

The response ended up being the longest on the call and included comments from Triple H and Stephanie, who were never even advertised for the teleconference, nor did they chime in on any of the earlier questions. Triple H jumped in first, and said that they are finalizing plans for her. It's not clear if he just meant creative plans, because he then said that she has a multi-year deal and that she wants to be "engaged" with the company and make it her life.


Vince added that Rousey fits in with what they're doing now with the women's evolution. Stephanie joined the conversation, stating that the women's evolution has led to women headlining shows. She credited fans for helping make it happen, noting that #GiveDivasAChance trended on Twitter for days. She added that the evolution is bigger than any one person.
Triple H finished by saying that Rousey is motivated by the direction of the women's division, and she wants to use her celebrity to inspire other women to become part of the company.
You can check out our full recap of today's conference call here.
Posted by Mix Masta B at Thursday, February 08, 2018