Backstage News On Why WWE Released Enzo Amore, When They Learned Of The Rape Allegations #MMBWWE #MMBRumble 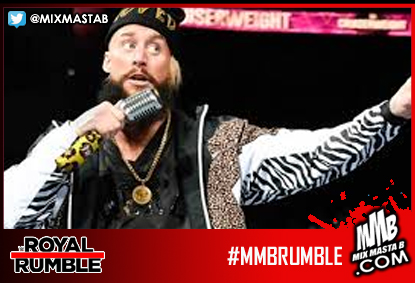 WWE officials were reportedly unaware of the rape allegations against Enzo Amore until Monday when members of the media reached out to them for comments once the allegations went viral on Twitter, according to PWInsider. Fightful reported yesterday that Enzo had not informed WWE of the situation. As noted, WWE had planned for Enzo to face Goldust on the RAW 25 special, which would have set up the return of The Dudley Boyz for a showdown with Enzo and The Zo Train. The match was to air in the third hour.

WWE officials approached Enzo backstage and asked him about the allegations once they learned of them. Amore denied the allegations were true but he did acknowledge that he knew about the investigation that Phoenix Police launched back in October after meeting the accuser at a local hospital, just days after the alleged rape happened at The Clarendon Hotel & Spa on October 19th. WWE suspended Enzo and sent him away from the Barclays Center over the fact that Enzo was aware of the criminal investigation but failed to notify them.


The company was angry with Enzo for knowingly putting them in a bad position, which forced them to respond to media inquiries over rape allegations by a current champion on what was one of the biggest TV days in company history. Regarding their decision to fire Enzo on Tuesday, it was not because of an internal belief that Enzo is guilty, but over the fact that Enzo failed to notify officials that he was being investigated.


The Phoenix Police are still investigating the rape allegations but as of today, there are no changes in the case. As noted, the accuser, Philomena Sheahan, spoke to TMZ on Tuesday and gave graphic details of the alleged incident. You can see her video at this link. Enzo has released a statement through his attorney, denying all accusations. You can read that statement at this link.
SmackDown General Manager Daniel Bryan announced on last night's WWE 205 Live episode that the status of the WWE Cruiserweight Title will be addressed next Tuesday night, along with the introduction of a new 205 Live General Manager. Enzo was scheduled to defend the title against Cedric Alexander at Sunday's Royal Rumble pay-per-view.
Posted by Mix Masta B at Wednesday, January 24, 2018