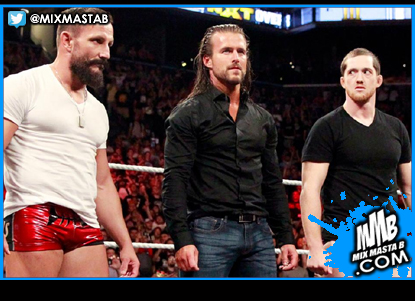 Adam Cole arrived in NXT alongside Kyle O’Reilly and Bobby Fish at TakeOver: Brooklyn III and wasted no time making an impact, delivering a super kick to the jaw of newly crowned NXT Champion Drew McIntyre.
The NXT Universe inside the Barclays Center reacted with a fervor upon seeing the former World Champion inside an NXT ring for the first time. For those wondering why Brooklyn reacted with such passion or those who have not yet belted out a celebratory “Bay-Bay,” here five things that will help get you acquainted with NXT’s newest blockbuster addition.


Adam Cole is no stranger to WWE. He’s never stepped foot inside a WWE or NXT ring until TakeOver: Brooklyn III, but he’s competed against some of WWE’s top Superstars before.
Among others, Cole has laced up his boots in classic showdowns against AJ Styles and Kevin Owens, as well as fellow NXT Superstars, including Johnny Gargano and Kassius Ohno. The veteran grappler has made a lot of friends and even more enemies during his pre-WWE days.
To say Adam Cole has an impressive track record would be an understatement. Cole is the only three-time Ring of Honor Champion in history. He has also competed in Japan, the United Kingdom and around the world, winning titles in pretty much every organization he’s wrestled.
We could go further into his impressive resume, but you get the idea. Adam Cole is really, really good.
Growing up in Lancaster, Pa., Cole looked up to legendary martial artist Bruce Lee and WWE Hall of Famer “Stone Cold” Steve Austin.
Cole was recently a guest on The Texas Rattlesnake’s podcast where the rising young grappler talked about a potential future in NXT, among other topics. “Stone Cold” gave props to his admirer-turned-Superstar, calling him “hellacious” inside the ring and on the microphone.
Well, Adam Cole, of course. The point being, there may not be another Superstar out there who possesses an expert handling of traditional old-school mat wrestling and the modern-day, high-impact style like Cole does.
Among Cole’s most noteworthy moves are the Figure-Four Leglock and the superkick, both reminiscent of the Hall of Famers who made them famous, Ric Flair and Shawn Michaels.
Every legendary Superstar has a catchphrase, and Cole’s is one you won’t forget. The charismatic Superstar has been shouting his name, followed by “Bay-Bay!” for years now on the independent scene, but it’s two WWE Superstars who helped Cole come up with the introduction.
As Cole explained on “Stone Cold” Steve Austin’s podcast, the popular saying came to fruition after he heard Chris Jericho’s always-exaggerated use of “baby” and former J&J Security member Joey Mercury’s fondness for repeatedly yelling out his own name while wrestling on the independent scene. “Adam Cole, Bay-Bay” was born.
Now that you know more about Adam Cole, you won’t want to miss him in action on Wednesday nights at 8/7 C on WWE Network. NXT is about to be graced by Adam Cole, Bay-Bay!
Posted by Mix Masta B at Thursday, August 24, 2017