Man dies after setting himself on fire on Facebook Live 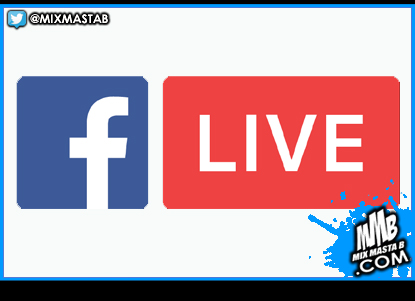 MEMPHIS, Tenn. - A Memphis man has died at a hospital after streaming his attempted suicide live on Facebook and running into a crowded bar.
The video shows a man witnesses have identified as Jared McLemore, 33, dousing himself with kerosene. A man runs over to help, then the kerosene can falls over and McLemore erupts in flames before he runs out of frame.


The frantic screams of witnesses can be heard in the background.
Witnesses said McLemore – a well-known Memphis musician – ran into the bar around 12:30 Saturday morning seconds after setting himself on fire in a parking lot across the street.
"This overwhelming smell of kerosene filled the room," said Jim Duckworth, who had just finished playing a set with his band, Billie Dove. "Before you see anything, the smell filled the room."
Duckworth and his girlfriend and bandmate, Kimberly Koehler, told WREG some people froze in fear, wondering if it was a stunt.
"It looked like a movie, like someone wearing a flame-retardant suit," Koehler said. "There were some people who thought that it was a joke."
She and several others threw their shirts onto him in an attempt to smother the flames, saying she was trying to protect as many people as possible.
"[I'm thinking] 'how can I put him out before the kerosene spreads and somebody's cigarette hits it?'" she said. "It happened so fast."
Koehler said McLemore’s ex-girlfriend – against whom he has a history of domestic violence – was working just feet away.
"It was almost like he waited for us to be over so that he would be the center of attention," she said. "He wanted it to go down in some sick way and for everybody to see it."
Court records show McLemore was arrested in August 2016 after strangling his ex-girlfriend and threatening to kill her on two different occasions one day apart.
He was ordered to undergo mental evaluations and was sentenced to probation in April 2017 on domestic assault charges.
Witnesses said the woman had a restraining order against McLemore, but he wouldn’t stay away.
Duckworth and Koehler hope the attention his public suicide is getting will be a step in the right direction toward taking domestic violence more seriously.
"Domestic abuse tends to happen privately, and by the time it becomes public, it's unfortunate to the extent to which it has developed that something like this could happen," Duckworth said.
Police say another man was seriously burned trying to kick the lighter out of McLemore's hand, but he's expected to be okay.
Posted by Mix Masta B at Wednesday, May 17, 2017