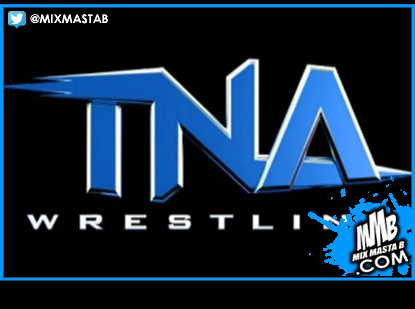 TNA Wrestling got a brief lease on life earlier this week as the Bound for Glory pay-per-view and next week’s Impact Wrestling TV tapings will push forward as scheduled. The Inquisitr reported on Saturday that TNA had received funding for the shows from an unnamed third party, allowing the troubled promotion to hold its equivalent to WWE’s WrestleMania despite speculation that it might not take place due to a lack of money. But the struggle is still far from over for Dixie Carter and company, as a new report suggests that TNA will be holding an “internal meeting” that could have important ramifications for the company and its future.


The brief from F4W Online doesn’t delve much into the specifics, but it confirms that the TNA meeting will take place Sunday in Orlando prior to the kickoff of its flagship PPV, Bound for Glory, at the Impact Zone. In its own report on the matter, WrestleZone speculated that TNA officials may highlight some key issues regarding the company’s future in general, and may continue working out terms of a sale after the event.

“While we may not have an official announcement from TNA tomorrow, it is likely they will at least in some form address the situation at Bound for Glory,” wrote WrestleZone‘s Mike Killam. “Either way, we should have details on primary ownership and the future of the brand in the next few days, as company brass will have to inform talent either at the PPV or next week’s Impact Wrestling television tapings.”
The complicated, ever-intriguing TNA sale saga has overshadowed most anything related to Bound for Glory, including the in-ring angles and feuds that helped shape the scheduled matches. And one of the most fascinating rumors regarding the sale has been WWE’s possible involvement in the deal. Rumors have gone back and forth as to whether the sports entertainment giant is one of TNA’s potential buyers or not, and many are hoping that WWE would indeed buy out its lesser rival, much like it purchased a struggling WCW in March of 2001.

As of the moment, it does look like the chances of WWE buying TNA have gone up a bit. While majority owner Dixie Carter has been a bit cagey with the press, company president Billy Corgan has been more open with his comments. According to Top Rope Press, his recent statements have offered some clues that point to his non-involvement in the third-party deal that allowed TNA to stay afloat for the meantime. Further, the Smashing Pumpkins singer/wrestling exec has been “adamant that he’s not funding/buying the company” unless there’s good reason to do so.
Despite the thickening plot surrounding TNA’s pending sale, Bound for Glory is shaping up to be a promising event. Drew Galloway, who previously worked in WWE as Drew McIntyre, was scheduled to face fellow WWE alum Aron Rex (previously Damien Sandow) for the inaugural Impact Grand Championship but will be replaced by Eddie Edwards due to injury. Another recent WWE departure, Cody Rhodes, was also confirmed for the event, and while his name is nowhere to be found on the card, there’s a chance he will be the unnamed mystery entrant in the 10-man Bound for Gold match, where the winner gets a future shot for the World Title. Then there’s the much-awaited No Holds Barred title match between defending World Champion Bobby Lashley and Ethan Carter III, which should serve as Bound for Glory‘s main event.
Other matches confirmed for Bound for Glory include two other title matches: Decay defending against The Broken Hardys for the World Tag Team Championship, and Maria putting her TNA Knockouts belt on the line against Gail Kim. Moose will also be up against Mike Bennett in a grudge match between the two former partners.