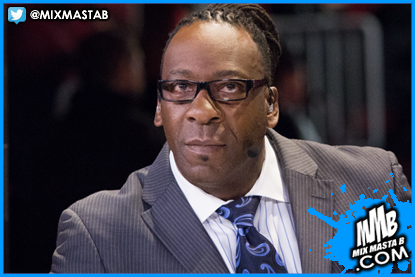 It’s a New Era for the entire landscape of WWE, which continues to change and evolve with the WWE Brand Extension Draft. That includes the announce teams for WWE programming. The teams for Raw, SmackDown, "WWE Superstars" and WWE Main Event are all experiencing a major shakeup, including one major voice changing shows and several rising commentators being inserted into the lineup.


The new announce teams for WWE’s New Era will feature Michael Cole, Corey Graves and Byron Saxton Monday nights on Raw, while Mauro Ranallo, JBL and David Otunga handle the commentary for SmackDown Live every Tuesday night.
Also receiving a makeover will be the announce teams for WWE Superstars and WWE Main Event. Both shows will be led by Tom Phillips, and he will be joined each and every week by Graves on WWE Superstars and Otunga on WWE Main Event.
UPDATE: In addition to the commentary booth updates on Raw, SmackDown Live and more, WWE Hall of Famers Booker T and Jerry “The King” Lawler will bring their decades of experience in sports-entertainment to recurring Pre-Shows and Kickoffs as key analysts, among other names still to be announced. Stay with WWE.com for additional updates.
Posted by Mix Masta B at Wednesday, July 20, 2016