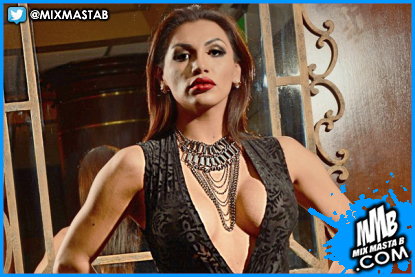 Adult entertainment star Jessy Dubai (http://jessydubai.com/) is announcing a set schedule of weekly webcam shows. Every Monday, Tuesday and Wednesday at 6pm PT / 7pm MT Jessy will go live via webcam to excite viewers with her hardcore skills. Performing on the Chaturbate network, fans can watch Jessy at https://chaturbate.com/tsjessydubai. In addition to solo performances, the star promises users will see her engaged in naughty fun with other performers and even fans!
“I want to make sure every show is exciting and fun,” said Jessy. “My goal is to be engaging and entertaining to viewers. I believe performing with other stars and fans is going to make the shows incredibly watchable.”

In addition to her webcam shows, Jessy is looking to open-minded fans to star in upcoming videos with her. Those wishing for their big break in adult entertainment have the opportunity to perform with the award winning beauty. Those that think they have what it takes to be a XXX performer can contact Jessy via email. By sending their name, city location, pictures and brief reason why they think Jessy should pick them as a scene partner, a newbie may score a shot at the spotlight. Jessy’s contact email is jessydubai698@gmail.com.
Some of the videos produced will be available via Jessy’s ManyVids.com profile. On the site, she will have downloadable clips, access to exclusive social media and a private phone number in which fans can connect with the star anytime. Jessy’s ManyVids account can be found here:https://www.manyvids.com/Profile/723608/TsJessydubai/.
Jessy Dubai wants you to join her three nights a week on webcam! You might even have the opportunity to co-star in a show with her!